Three months shy of his 90th birthday – having just celebrated his 60th wedding anniversary – he and his wife are now $100,000 richer!

“Good God. What a surprise that is!”

Tom put his wife Miriam* on the phone, and when she heard the news, she laughed.

“How absolutely bloody marvellous! Oh my God... You have no idea what that’ll do for us!

“You couldn’t do better than that for an anniversary present, could you?”

A Milestone Year to Remember

RSL Art Union supporters since 2006, Tom and Miriam have – like all VIP Club members – played a key part in helping RSL Queensland assist veterans in Queensland and throughout Australia.

And now that they’ve struck it lucky with $100,000 cash, they’ll certainly have a milestone year to remember!

“Thank you very much,” Tom said. “It makes up for all my days in the Navy!”

Congratulations, Tom and Miriam – we hope you enjoy your prize! – and a huge thanks to all VIP Club members for your ongoing support. 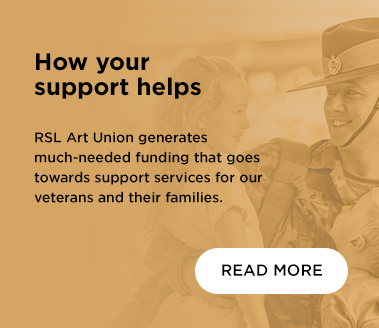